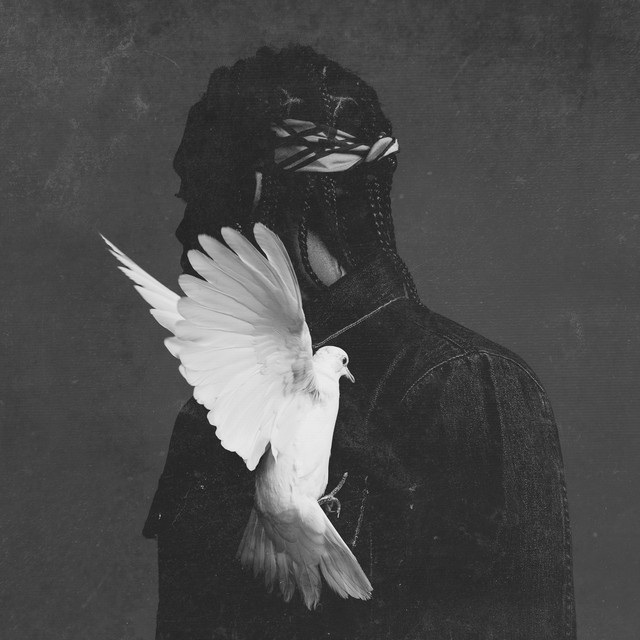 This Friday (May 25th), we will finally be receiving Pusha T‘s long awaited studio album, formerly known as King Push, now titled, Daytona. As we wait patiently for it’s drop, let’s take a look back at Pusha T’s most recent project, King Push – Darkest Before Dawn. I wrote this review back in early 2016 and it was never released to the public, until now.

Pusha T has quite the resumé. From Clipse to G.O.O.D. Music, Pusha has proved time and time again that he values lyrics, and is very attentive to this matter. However, Pusha’s transition to a solo career has been a developmental process. The G.O.O.D. Music signee found himself dabbling with more mainstream sounds and artists in his Fear Of God series, which received mixed reviews from fans and critics. Since then, Pusha has slowly been returning to his roots: simplistic, gritty production and descriptive, inter-connected, cocaine-laced lyrics. His solo album debut, My Name Is My Name highlighted these qualities on several songs (“Numbers On The Board”, “Nosetalgia”, etc.) and showed that Pusha was as sharp as ever. Now, the rapper has given us what is considered to be a prelude to his upcoming album, King Push.

The “Intro” to the album sets the bar high and establishes the tone for the rest of the album. Pusha states “Leave your conscious at the door…” essentially warning listeners that this project is not for the faint of heart. He continues to spit hard, unrelenting bars behind a vocal sampled beat with cavernous drums, entrenching the listener into his dichotomous world of rapping and cocaine dealing. This duality becomes the key theme throughout the entirety of this album. Despite his success as an emcee, Pusha cannot bring himself to relinquish what can only be described as a passion for the underground world of drug trafficking. This is highlighted on the cinematic “Keep Dealing” featuring Philly emcee, Beanie Sigel. Pusha’s hustle is exemplified beautifully and powerfully on this track with the constant refrain “Luckily was something in the ceiling, keep dealing.” No matter the money lost being spent on the spoils of the rap game (money, clothing, etc.) Pusha is able to make up for the cost by returning to his pastime. Beanie Sigel accompanies the track excellently with a verse so gritty that you can practically envision the “project benches” and “dirty syringes” discussed within his verse. The allure of this lifestyle however, does not come without its negatives. Pusha not only succeeds in describing the rewards of coke dealing/rapping, but the moral implications and distress as well. The hook on “Retribution”, sung by R&B singer Kehlani, finds Pusha questioning himself, implying that the money earned from these expenditures has changed him. Pusha is clearly self-aware of the consequences of his actions, and expresses this through honest, well thought out lyrics.

Tracks such as “Untouchable” and “Crutches, Crosses, Caskets” provide Pusha with simple, yet gritty beats to show off his lyrical talent. Pusha continues to express connectivity in his lyrics with lines such as:

“My break down game brought me 8 Mile fame, sellin’ Eminem to him and em’, white to the blacks I’m villain in…”

The combination of the grit and utter talent of his bars are enough to make any fan of hip-hop cringe with glee. Of course, as stated earlier, these hard lyrics are accompanied excellently with edgy, off-kilter production. The Clipse-throwback “Got Em Covered” featuring long time Re-Up Gang associate, Ab-Liva, is a great example of the unique production brought to the table in this album. We can thank Timbaland for not only the “Got Em Covered” beat, but the Biggie Smalls-sampled “Untouchable” and the bass-heavy “Retribution” as well. Other producers that worked on this album include Metro Boomin’ (“Intro”), Puff Daddy (“Crutches, Crosses, Caskets” and “Keep Dealing”), Q-Tip (“F.I.F.A.”), and Boi-1da (“M.F.T.R.”).

Pusha also graces us with a few tracks that address social issues/norms. The closer “Sunshine” featuring Jill Scott, takes time to comment on the current state of police brutality, and the portrayal of African-Americans in the media. It’s refreshing to see Pusha, who usually sticks to his drug-rap niche, take on an issue such as this, and offer his perspective. And he does not disappoint. Pusha also comments on the vices of his fellow peers on the track “M.P.A” featuring Kanye West, A$AP Rocky and The-Dream (who also delivers the hook on “M.F.T.R.”, another fantastic cut on this project). The second verse of this track is a stand-out one. Pusha poetically discusses how men in his position often take women for granted, and ultimately end up losing them to men who value them (and have a lot of $$$).

It is clear by the end of this album that Pusha T has earned his self-proclaimed title of King Push. By limiting us to 10 tracks, Pusha provides with only a taste of what’s to come in 2016. And my goodness does it look good. Lyrically, Pusha sounds sharper than ever, and his experience shows. Even with a mid-December release, Pusha T, excuse me, King Push, put together one of the strongest hip-hop albums of 2015.