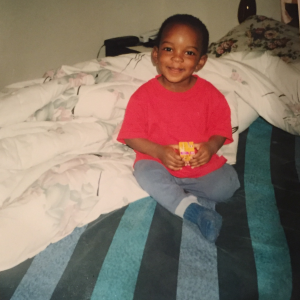 “I wanted to be an outcast”: On The Unique Sounds of Rico Nasty

The evolution of hip-hop in the Internet Age has given birth to a myriad of different sounds and trends over the past several years. The music birthed in the “SoundCloud era” of rap has become part of a larger movement that embraces some of the tenets of the ‘70s punk movement: loud music, transgressive fashion, and undermining traditions.

A member of this new wave, DMV rapper Maria Kelly, widely known by her stage name Rico Nasty, is quickly emerging as one of the most distinct voices of this recent “punk rap” movement, thanks to her eccentric music, subversive fashion sense, and raw authenticity.

A quintessential oddball, the Maryland native presents a surprisingly interesting and refreshing take on melodic trap music. Filed under a subgenre she refers to as “sugar trap,” Nasty effortlessly combines the cartoonish, youthful nature of bubblegum trap with the angst and grit of genres like punk, nu metal, and drill. It’s a sound she began developing in 2016 — with the release of her second and third mixtapes, The Rico Story and the appropriately-titled Sugar Trap, respectively — and which reached its lyrical, sonic, and artistic peak on her most recent project, Nasty.

In an interview with Complex in 2017, Rico Nasty described sugar trap as a mixture of “that good, that bad, that dark, and that light,” referencing the way that her sound has evolved since its beginnings to reflect the onset of darker emotions — a product of a shrinking circle of friends and increased exposure to critics and trolls. It helps to explain why the nature of her song titles differ so drastically, from playful and lighthearted (e.g. “Hey Arnold,” “iCarly,” and “La La Land”) to bold and abrasive (e.g. “AR-15,” “Smack a Bitch,” and “Rage”).

Similar to the way Nicki Minaj utilizes various alter egos to explore different identities and play around with different accents, Nasty channels her “light” and “dark” emotions into her music through distinct characters — namely, the chirpy, ultra-feminine, sing-songy Tacobella, which she turns to for glittery songs about self-love and stunting on haters; and the boisterous rager Trap Lavigne, who can be found threatening violence towards her enemies over much darker, grittier production soaked in sub-bass. Rico’s artistic fluidity enables her to float almost effortlessly between the musical extremes.

It’s not easy to compare Rico Nasty even to her rap contemporaries; very few (if any) up-and-coming artists sound quite like her — it’s part of what makes her such a special artist. Rico’s verses are craftier than those of some of her SoundCloud rap counterparts; her cadences and flows are charismatic, and vary more widely than most other trap rappers; her dynamic microphone presence, unlike that of most emcees across the board, rapidly fluctuates between the opposing ends of the emotional spectrum.

And much like her music, Rico Nasty herself is one-of-a-kind. Her authenticity shines brightly in an industry that is often plagued by notions of insincerity. It’s a resolve she developed way back in grade school when she refused to follow the conventions of cliques at a boarding school she attended in Baltimore. In an interview with The FADER, she stated, “I was, like, weird on purpose. I wanted to be an outcast.”

Nasty’s moxie has given her the confidence to embrace the very fact that she purposely doesn’t fit the stereotype of a pop star — her voice is raspy, her musical and stylistic inspirations come from outside the genre, and she rarely raps or sings explicitly about sex.

“I’d rather not compromise who I am for the rap image,” she commented in an interview she did with Highsnobiety. This uncompromising attitude reminds me of the way that Lil Yachty and Lil Uzi Vert were both unwilling to concede to the expectations of the hip-hop masses (even if they came across as disrespectful and sacrilegious).

Rico Nasty’s refusal to accept that age-old adage that “Sex sells” has also inspired her to combat what she calls the industry’s “cookie-cutter” image with her own idiosyncratic sense of fashion, inspired by her punk aesthetic. Her style is adventurous and fresh, reminiscent of the sort of way Kelis pushed boundaries through her unconventional fashion sense. From platform boots and lace tights to flamboyant makeup and spiked collars to outlandish hairdos and colorful wigs — Nasty’s wardrobe often speaks louder than her words.

And on that topic, the only words Rico Nasty seems concerned with are her own, and not those of her naysayers. On the hook of the song “Won’t Change,” Nasty sings “People false claim, people gon’ hate / But you can’t worry about them ‘cause they won’t change.” In her short career, she’s received her share of hate — just as Yachty and Uzi were lambasted for their viewpoints. Yet Nasty seems to have grown comfortable with the direction of her artistry and her public image.

Rico Nasty’s dedication to being true to herself has turned her into a role model for young fans looking for down-to-earth, honest inspiration from their music idols. And having already been co-signed by various artists, featuring on the cover of the Summer 2018 issue of The FADER magazine, and appearing on the soundtrack of HBO’s hit show Insecure, Rico Nasty is well on her way to becoming an icon in the world of mainstream hip-hop.

Bryan Okani is a Contributing Writer for Dead End Hip-Hop. You can tweet at him here

British producer Distinction remixed Danny Brown’s “Grown Up”, the single from Scion A/V. This is pretty good and it gives you something a little different

Lyrical excercise for Lupe Fiasco as this one will not appear on Tetsuo & Youth. Listen: Lupe Fiasco-Blue Light Advertisements