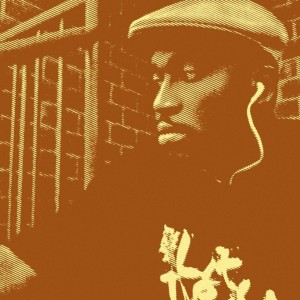 Disclaimer: Dead End Hip Hop does not condone or support domestic violence of any kind. Our job is to observe the culture and to report on all news hip-hop related

After teasing us on the DJ Khaled helmed track “Nas Album Done” in 2016, Nas returns with his 11th project titled “Nasir”. This project is spearheaded by Kanye West and it’s quite a departure from Nas’s previous projects which featured multiple producers(given that he actually started the trend).  After Kanye announced the coming of this project, many were in doubt and for the most part felt unsure what direction the project will follow. Kanye had been on an almost never-ending Twitter rant and made several statements that made people speculate about his mental health.  Well, that was until his GOOD music imprint started releasing projects starting with Pusha-T‘s “DAYTONA“; Kanye’s “Ye“,  Kanye & Kid Cudi’s “Kids See Ghost” with Nas’s “Nasir” becoming the 4th project released in Kanye’s producer-flexing parade.

I first listened to it via the Mass Appeal Youtube live stream and have listened to it at least 3 times so far. I will admit, not everyone would be enthusiastic about this project but hardcore Nas fans would. Is this his best project in recent times? Maybe so? Maybe no. You be the judge.

The project kicks off with an orchestral vocal driven backdrop that signals Nas’s arrival. It’s not as grandiose as the intros on his previous projects but sets the tone of the project smoothly. Lyrically Nas is in his element, as he kicks the naysayers in the teeth with lines like “…And who y’all comparing me to is nonsense/Show gratitude in the presence of dominance“. In the same breath, he is tackling several issues from race and financial struggles as a black man. He also goes left field with lyrics such as “…Edgar Hoover was black / Willie Lynch was a myth, Colombians created crack / The government made stacks…” while Puff Daddy lays back in the cut with outrageous adlibs. The other kicker on this one is the appearance of rising artist 070 Shake, who apparently has been working with Kanye on his newest projects. She only contributes the chorus though. I will admit, it’s a pretty solid opening track.

The only rap feature on the entire project. The beat is pretty interesting but let’s call a spade a spade, it’s very simple as well too. Starting off with a Richard Pryor sample which switches into a short Slick Rick vocal sample looped over and over again, the duo of Nas and Kanye take turns to speak on police brutality from various angles. The premise may be straightforward but it definitely leaves the listener with something to ponder on afterward. It’s interesting how the duo chose to deliver such a delicate topic over a bouncy backdrop, the results could have gone awry but the execution does otherwise.

3.”White Label”
Nas is on one on this one. The production here is ambitious. Crafted with an anthemic brass and vocal sample, Nas delivers nothing but pure bars over the drum-less production. There is no real subject matter behind this and to be honest, none is needed with lines such as “…And the odds is that what you love can kill you/ Like a heart physician who dies from a heart attack / I know the consumer behavior, I target that/ You impressed with what they wearin’, I started that…“. Nas is brash from start to finish and delivers a top-notch performance. It’s quite poetic for even Nas: “...It’s kinda terrific, the product of Slick Rick/Somebody woulda told me then I would come outta this shit rich…“

This has to be my favorite song on the project. The cinematic soundscape is out of this world and conjures a life of splendor with its rich piano keys, orchestral arrangements, and angelic vocal sample. This is the type of track that shows Nas’s vivid lyrical skills in full display. He goes into details about wild vegas parties, sexual attraction to women and a whole lot of flossing to match.  His wit is still sharp with lines like “...Crackheads still owe me from ’89 fixes (Bonjour)/Havin’ drinks in Vegas, my business/She didn’t see me comin’, now she’s an eyewitness…“. Nas is far from coy in detailing his lustful thoughts (not just sexual desires as most would think but also lust for the finer things life could offer).

5.”Everything” (featuring The-Dream and Kanye West)

Ok, I would admit this song doesn’t do much for me. It’s cool but doesn’t quite strike me maybe due to Kanye & The-Dream singing through a third of the song before Nas comes in past the two-minute mark. The production is very laid-back and exudes more of a down-tempo vibe but don’t get me wrong, Nas still delivers with thought-provoking lines such as “...Listen vultures, I’ve been shackled by Western culture/You convinced most of my people to live off emotion ...”The concept of this song refers to Greed (one of the deadly sins) and it’s pretty obvious from the chorus.

The production on this track gets the job done, simple and effective. The sloth concept is illustrated with lines like “…There’s always room at my table/Insecurities is keepin’ you disabled/ All this money to get, is it less time?...” and the hook sung by The-Dream illustrates the idea of children not straying far from their parent’s roots or to summarise turning out to be the same chip off the old block. This definitely had more bite than the previous track in my opinion.

The song has the same energy as “Everything” with its laid-back r&b type production. Pretty standard stuff and it’s a nice way to wrap up the entire project. I’d also add that you listen to the message behind the track and don’t let the somewhat lethargic soundscape dissuade you.

The album is still very new so the jury is still out on it. Of course, everyone and their grandmas on Twitter have chimed in their opinions about it and for now, we can categorically say the reactions are quite mixed.  If you asked me, is this a solid project, I’d say yes. It is worth it and yes, the beats are solid. This is definitely not the album we expected from Nas but rather a different one that showed what he could deliver if he is just focused enough. This has to be the first Nas project I have listened to back to front in a long time and for me, that is a good thing.

Donnie Skillz is a Staff Writer for Dead End Hip Hop & Ear Milk. You can find him on Twitter here

Here is the first single from K. Sparks and Payozo’s album and it’s nice! The beat is crazy and you can actually see the story

The radio is home to all of the most popular from your region. It’s not necessarily highlighting the best when it comes to a genre